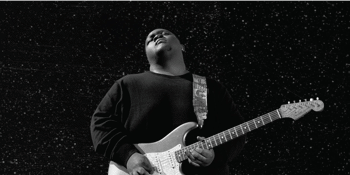 with Special Guests
Corner Hotel (Richmond, VIC)
Sunday, 10 April 2022 8:00 pm
76 days away
18 Plus
Music
Blues
Send this event to
Please note: for the health and safety of all our guests and staff, we will be adhering to the Covid-19 vaccination directions as mandated by the Victorian Government. In line with the Victorian Roadmap, all staff will be vaccinated and all guests will be required to show certification that they are fully vaccinated to gain entry to the venue.

Since the release of 'Kingfish' in 2019 - his Grammy-nominated Alligator Records debut - guitarist, vocalist and songwriter CHRISTONE "KINGFISH" INGRAM has quickly become the defining Blues voice of his generation.

Upon its release, ‘Kingfish’ debuted on the Billboard Blues Chart in the #1 position and remained on the chart for an astonishing 91 weeks. In addition to receiving a Grammy Award nomination, it was declared the #1 Best Blues Album Of 2019 by tastemaker UK music magazine MOJO.

Rolling Stone has declared, “Kingfish is one of the most exciting young guitarists in years, with a sound that encompasses B.B. King, Jimi Hendrix and Prince.”

From his hometown of Clarksdale, Mississippi to stages around the world, the now 22-year-old has already headlined two national tours and performed with friends including Vampire Weekend, Jason Isbell and Buddy Guy (with whom he appeared on Austin City Limits).

Christone toured for 13 months non-stop, until the pandemic halted live performances and forced him to take stock. As he was thinking about the man he was becoming and the new directions his life was taking, he began writing songs for his next album, '662'. The number 662 is the telephone area code for Ingram’s northern Mississippi home, and it first came into use the same year he was born—1999.

"… with 662, I want the world to hear and meet a different, more personal side of me.” - CHRISTONE "KINGFISH" INGRAM

With his eye-popping guitar playing and his reach-out-and-grab-you-by-the-collar vocals, Ingram performs every song with unmatched passion and precision. While his new songs tell personal stories, they also tell of shared human experiences. With '662', he creates contemporary Blues music that speaks to his generation and beyond, delivering the full healing power of the blues. And he can’t wait to bring that power on stage.